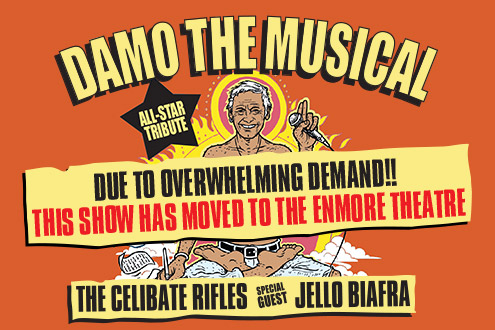 To commemorate his passing and to celebrate his (musical) life The Rifles – alongside Damo’s cover band project The Centrerlink Surfers – will pay tribute to Damien by covering his musical career from But Jacques The Fish to Wigworld via a selection of Damo’s jukebox faves and more.

Mega-Rifles fan and Dead Kennedy’s frontman Jello Biafra will also join the tribute with a one-off Sydney live performance lending his vocal to a series of Rifles tunes with added MC and DJ duties.

It’s a one-off, never-to-be-repeated event – just like the man himself!