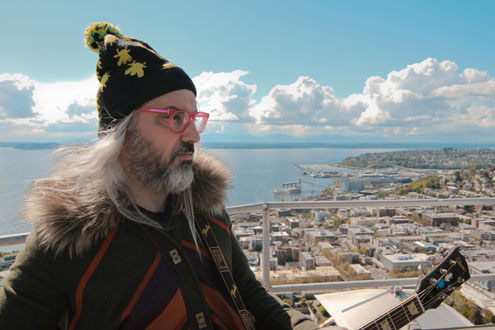 Mascis had thrilled us for little over an hour, making everyone’s eyes twinkle as they sat back, marvelled and at times even levitated due to his astonishing guitar playing – AU Review 2012

The 2015 tour follows the release of Tied To A Star, the second solo album from Mascis that picks up exactly where 2011’s debut Several Shades Of Why left off.

And though he plugs in for strategic, ripping solos throughout Tied to a Star, highlights like “Wide Awake” – his perfectly paired duet with Cat Power, which barely breaks a whisper – show that Mascis is now as skilled at quiet as he is with loud. Rolling Stone August 2014

As an added treat, former Magic Dirt front woman Adalita will join J for shows in Melbourne, Brisbane, the Gold Coast and Sydney. The two indie-rock luminaries paired up in 2012 for an appearance on SBS TV show Rockwiz performing the Tom Petty / Stevie Nicks classic Stop Dragging My Heart Around though the relationship goes back further with Magic Dirt having supported Dinosaur Jr on their 1995 Australian tour.