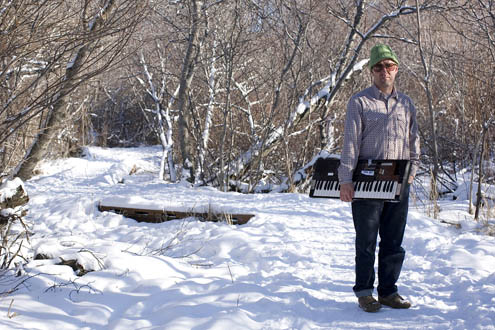 Former Grandaddy frontman Jason Lytle, returns to Australia this February for the first time since 2004 and Grandaddy’s sole Australian tour.

The man responsible for such melancholic classics as The Crystal Lake, Hewlett’s Daughter and Now it’s On, and albums Under the Western Freeway and The Sophtware Slump (recently re-released in deluxe 2CD format) has kept a low profile since Grandaddy’s split in 2006 releasing just two albums: Yours Truly, the Commuter, on Epitaph records offshoot Anti in 2009 and Merry Xmas 2009.

Yours Truly occasionally provides pummeling feedback rock (‘It’s the Weekend’), but when Lytle’s lullaby vocals suggest, “You should hold my hand / While everything blows away / And we’ll run to a brand-new sun,” it’s like Bruce Springsteen’s open highway finally reached a melancholy kid from Modesto. – SPIN

Despite the low album output, Jason Lytle has continued to perform live in solo mode and next February will take on a road trip of the east coast of Australia and amongst the usual sight-seeing, fishing and skateboarding has offered to drop in for a few shows along the way.

Whether fronting Grandaddy or standing alone on the stage Jason Lytle is consistently a class live act. He has an uncanny power to render you gooey eyed with dreamy nostalgia and no matter what torrent of noise he raises up around his vocals his words are always crystal clear, shining out with dazzling clarity through perfect sound production. – Chimpomatic.com

Expect new classics and old treasures as your favourite Grandad, Jason Lylte, drops by for a visit next February.

Tickets for all shows are on-sale now!