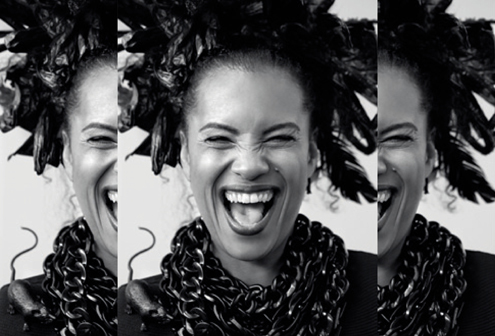 Neneh Cherry has achieved a lot in her 25+ years in the music industry and is widely considered as a true music icon. It’s hard to believe then that Neneh Cherry has never performed in Australia… That’s all set to change with the announcement of Cherry’s first ever Australian/NZ tour next year – and she couldn’t be more excited: “This is a deeply meaningful moment for me. I have a strong and lengthy attachment to many folks from your part of the World, so does my whole family. Whenever I have been through doing promo (in Australasia), there has never quite been enough time to do some shows too, so this series of upcoming shows is LONG overdue!!!  Should be a LOT of fun”

Venues include the Festival Gardens in Perth, the Concert Hall of the Sydney Opera House and Melbourne’s Hamer Hall with tickets for all shows on-sale 9.00am November 10th.

After a hiatus of 18 years Neneh Cherry released her 4th solo album ‘Blank Project’ in February 2014 to a chorus of praise for her creative reinvention. Blank Project’ was produced by UK electronic wonderkid Four Tet, and features Neneh’s voice backed by just two instruments, the skeletal drums and synth duo of RocketNumberNine AKA Ben and Tom Page. The result is a brooding backdrop that nods to anarchic free jazz, post-punk, sound system culture and the trip hop Neneh was so instrumental in incubating.

On the eve of her debut tour down under the label has also announced the release of a Deluxe Edition of Blank Project featuring the album proper on one CD with all the best re-mixes from electronic artists Hot Chip’s Joe Goddard, Ricardo Villalobos, Cooly G and Loco Dice to name a few, on the other, Its’ easy to see why Neneh Cherry 2014 and beyond is such an exciting prospect…