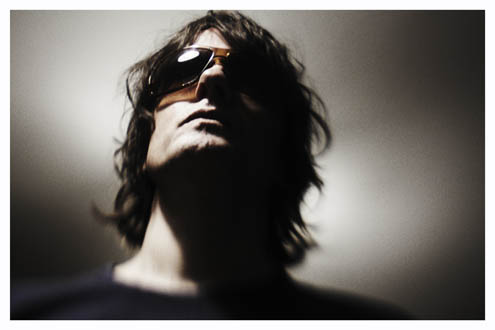 Jason ‘Spaceman’ Pearce and co. were last here in 2011 presenting their magnum-opus Ladies & Gentleman We Are Floating In Space for two special shows at the Sydney Opera House Theatre. Prior to that they appeared at 2009’s inaugural All Tomorrow’s Parties Festival held in the picturesque locations of Victoria’s Mt. Buller and on Cockatoo Island in Sydney Harbour.

An undisputed highlight at those events they return this time with a new album, Sweet Heart Sweet Light and their same all-encompassing live performance.

“J Spaceman opened the set with a rugged run through of Amazing Grace before playing the heartstrings with Soul On Fire and Shine a Light… but the set truly rose to epic scale with the stirring Come On. Only the hardest of hearts could have failed to be moved by the power of the performance and the rapturous response proved Spiritualized place as one of the standouts of the weekend.” – Fasterlouder, Mt Buller ATP

Sweet Heart Sweet Light is Spiritualized’s seventh album. It was released earlier this year to widespread critical acclaim and is arguably their best since Ladies & Gentleman…

”Truly, Sweet Heart, Sweet Light is one of those gorgeous things and, if nothing else, the most profound late statement Spaceman has given us in a decade.” Tiny Mix Tapes

“Sweet Heart, Sweet Light covers a broad aural spectrum from surrealistic haze to outward pop and as such, is some of Jason Pierce’s and Spiritualized’s best material since Ladies and Gentlemen.” Consequence of Sound

While in a traditional sense Sweet Heart Sweet Light may not the ‘pop record’ that the mastermind behind Spiritualized, J Spaceman, set out to make, online indie-bible Pitckfork still refers to it as “probably the most uplifting album of his career… Exhilarating.”

Witness album highlights Hey Jane and Little Girl for further evidence and experience the sonic and visual spectacle that is Spiritualized, live in Australia this summer.