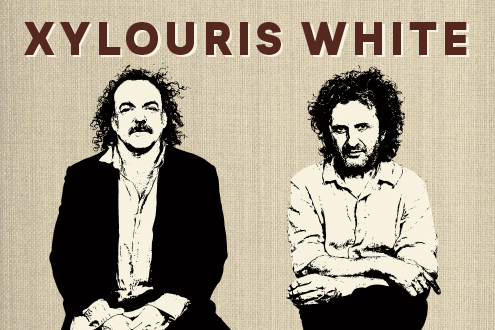 Xylouris White, the two-headed monster comprised of Dirty Three / The Double drummer Jim White and Cretan folk / lute legend George Xylouris return to Australia this March as special guests to both Bill Callahan and Stereolab and, for a series of headline shows. The tour comes in support of their 4th album and the 2nd for ABC Music The Sisypheans.

“In revisiting the traditional directly, and investing it with such a disciplined application of freedom, Xylouris White’s The Sisypheans is their most compelling record to date.” – AllMusic

“What we’re doing drives us, takes us, to what we’re looking for,” explains Xylouris. “You find things. You learn things. And that’s the treasure.”

Tickets for all shows * are on-sale Friday 24th January. All other shows on-sale now.


With Bill Callahan
Tickets via artscentremelbourne.com.au


with Bill Callahan
Tickets via statetheatre.com.au


with Bill Callahan
Tickets via thetivoli.com.au


GA only from $30.oo
ALl tickets via moshtix.com.au


with Stereolab
Tickets via freo.social