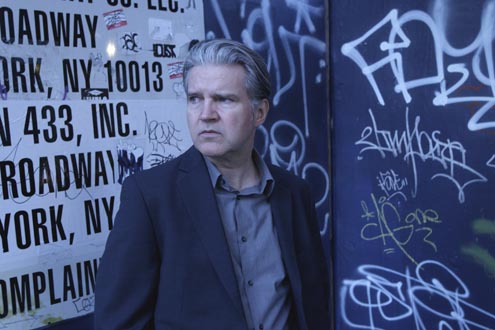 Lloyd Cole is no stranger to Australian shores, from his time as front-man for The Commotions and their stadium tour of 1986, through to his Small Ensemble tour of 2011 and the many solo tours he has performed in between, Lloyd has proved a very welcome visitor regularly selling out shows right around the country. In 2014 Lloyd Cole returns for his most extensive Australian tour yet taking in all the major cities plus a host of regional centres too – Meeniyan, Castlemaine, Launceston, Lismore and the Gold Coast among them.

Opening with the triple punch of No Blue Skies, Why I Love Country Music and Perfect Skin, the crowd were transfixed. While many of the songs played tonight are well in their 20’s each sounds as vibrant as it did on release, some more so. Proof that Lloyds theory of ‘only making music when inspiration actually strikes’ has more than paid off. – Anotherlostshark.com

The 2014 tour comes on the back of a new album: Standards, recorded in late 2012 after Lloyd was inspired by the release of Bob Dylan’s latest album Tempest. “I took it as a kick up the backside. I’d been languishing. Some years I wouldn’t even write a song. But when I heard that record, I thought, Damn! I’ve got all these notebooks full of ideas. What would happen if I just worked on them bloody hard and made a record?”

Arguably the best album Lloyd has made since his debut 30 years ago with The Commotions, Standards is also his most rocking’ and features musical contributions from Matthew Sweet, ex-Lou Reed sideman Fred Maher, former Commotion Blair Cowan, Joan as Police Woman and Lloyds’ son Will. It will be released locally via The Planet Company on May 9th.

“‘Standards’ is the work of a bristling, alive and fresh-as-a-daisy master, drawing on all of his experience for a mid-life career high.” 4*  Daily Mirror 21 June ‘13

For the 2104 Australian tour Lloyd Cole will perform works from Standards plus material from right across his catalogue: solo, and in intimate mode and playing for upwards of 90 minutes each night.

After delighting the crows for just over two hours, Lloyd leaves us with another triple play, closing the show with Forest Fire, before returning for an encore of Undressed and Lost Weekend. Even then the crowd aren’t going anywhere fast. That is the power of an artist at their peak: they take you somewhere and bring you back richer for the experience – Anotherlostshark.com

In addition Lloyd Cole will appear ‘In Conversation’ for shows at the University Of Adelaide and MONA in Hobart. Check with the respective venues for full details.

Tickets for all shows are on-sale Monday March 3rd.

“In Conversation” on music singles to Spotify hosted by the Hawke Research Institute
Register for free tickets: http://www.unisa.edu.au/lloydcole

“In Conversation: on music singles to Spotify hosted by the Hawke Research Institute and MONA