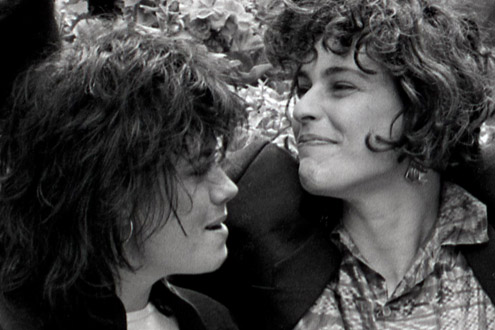 Do Re Mi, arguably the most successful Australian act of the post-punk era, make their long overdue return this summer for the By The C Festival appearances (featuring Icehouse and Sunnyboys) and headline shows in Sydney, Melbourne and Brisbane.The Sydney born band featuring singer Deborah Conway and bassist Helen Carter are best known for the chart hits Idiot Grin, Adultery, Guns and Butter; the indie chart topper Standing On Wires and the controversial Man Overboard.It’s May 1985 and Virgin Records execs in London and Sydney are worried. Their first Australian signing, the staunchly independent Do Re Mi, wants to release Man Overboard as the first single from their debut album Domestic Harmony. Mainstream radio won’t play the single unless the band cuts the controversial lyrics ‘your pubic hair is on my pillow’ and ‘you talk about penis envy, your friends applaud’. Predictably, the band refuses.Man Overboard – with lyrics intact – went on to reach the Top 5 in Australia and critical acclaim in Europe and the UK. The album, Domestic Harmony reached #4 in the mainstream charts and Gold album sales in October ’85 with the help of hundreds of live shows, critical acclaim, a solid schedule of TV and radio performances and positive press reviews. In 1986 Domestic Harmony won three Countdown Awards – the pinnacle of achievement in Australian music at the time. Numerous other press and popular awards also cemented their crossover success.Come 1988 though, and after the recording of a third album with legendary UK producer Martin Rushent, the band would go their separate ways. Depending on who’s telling the story, the cause was either a planned hiatus, a record company plot, or a bizarre gardening accident … 30 years later, and following a successful solo career (Conway) and a career in non-profit management, working for Greenpeace, aged care and disability organisations (Carter) an invitation for Do Re Mi to appear at the inaugural Australian Women in Music Awards proved the catalyst for the reformation but other factors played a part too. Bassist Carter explains… “Playing those songs again and listening to the words, I’m struck by how danceable they are and sadly, how the forces we railed against persist. Those songs are still relevant and it goes to show how long it takes for real social change to happen.”Says Conway “After 30 years we’re opening a time capsule and rediscovering artefacts that have been out of circulation for more than half my lifetime. Breathing life back into this treasure trove of tunes, words, riffs & rhythms is a loving enterprise. I come to them again with an appreciation of our passion, affection for our naivety & awe of our energy; I am looking forward to reopening that time capsule for our older & wiser audiences & for their great grandchildren ;-)”The reinvented Do Re Mi will also feature drummer Julia Day and keyboardist Clio Rener – why the all-female line-up? Put simply, it is a well-timed moment to showcase women playing the type of strident, challenging music the songs of Do Re Mi represent. Balancing the gender scales, if you like. Always asking questions, debating the answers, and having fun making a damn fine racket. Its Do Re Mi: musically, socially and politically as relevant now as they were then.