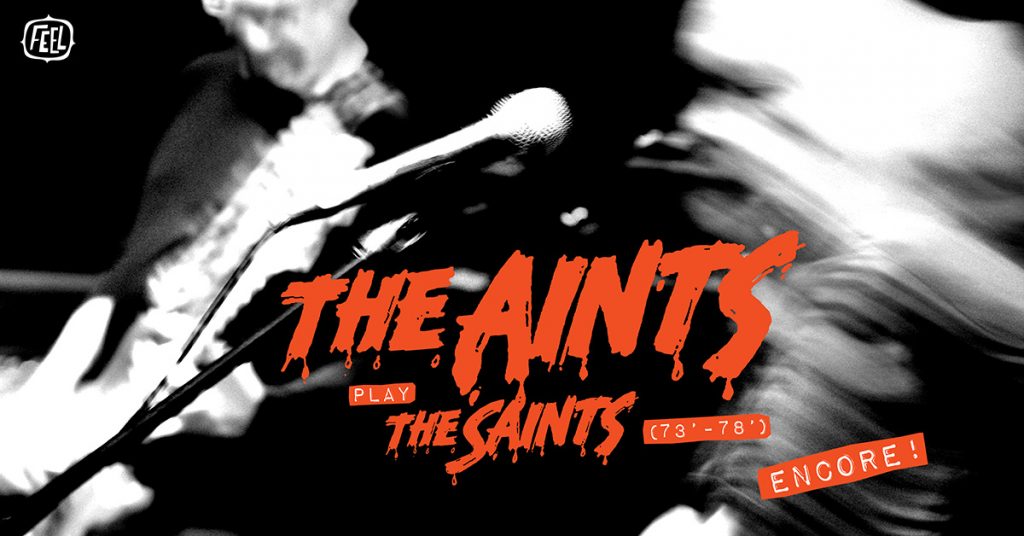 The Aints, the powerhouse vehicle of singer / guitarist Ed Kuepper, bassist Peter Oxley and drummer Paul Larsen, encore in Sydney & Melbourne (only) this March performing the material of Kuepper’s adolescent band The Saints (’73 – ’78). Keyboardist Alister Spence and a 3-piece brass section complete the 2018 Aints with underground legends feedtime joining the undercard in Sydney and Melbourne pastoral five-piece Sand Pebbles completing the line-up in the southern capital. Tickets for both shows are on-sale 9.00am Thursday 21st December .

But wait, there’s more … in addition to the live shows The Aints will record an album – working title ‘The Church Of Simultaneous Existence’ – comprised entirely of songs written by Kuepper in the period 1973 – 1978.

”Things had started to move fairly quickly once The Saints recorded  [I’m] Stranded (Fatal Records) in mid ’76. We recorded three albums over the next two years as well as doing a fair it of touring, and for a while things were looking very promising, however, business problems, compounded by personal and artistic differences meant the band didn’t get around to recording all the material I had lying around….so forty [very] odd years later it occurred to me that these songs might well have made up a hypothetical 4th album….The Church of the Simultaneous Existence…..the songs that refused to die….performed in much the way they would have had the band not split up in 1978’’ – Ed Kuepper (on the until now, lost songs of The Saints.

“We will hear these songs, outside the live context, and perhaps some other newer ones when The Aints go into a studio in 2018. Now, that is an exciting prospect” – i94bar.com

The Aints recording begins this April while The Aints Play The Saints (’73 – ’78) perform live this March.