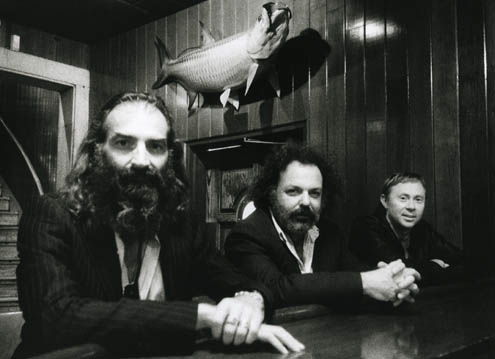 In early 2012 Dirty Three will boldly break cover with an extensive Australian tour, including their own headlining shows, festival appearances and their first ever performance at the Sydney Opera House. The band will also release a remarkable new album in late February.

“I think we may have cracked it. This may well be the definitive album from Dirty Three.”  – Warren Ellis, November 2011

Dirty Three’s last tour of Australia was in 2009 when they performed their album Ocean Songs in its entirety as part of the Don’t Look Back classic albums series, a run of shows that sold-out across the country. This was a tour that confirmed Dirty Three’s status of one of the greatest live acts in the world.

“Dirty Three assailed and attacked the hot and humid Enmore Theatre on Australia Day with full and absolute effect. Playing in total their classic album ‘Ocean Songs’ we witnessed a band that is ageless and timeless. One of, if not the, greatest band that this country has ever produced.” – Oceans Never Listen

“There was not a single person in The Forum that would deny the sheer power of the Dirty Three’s songs live.” –  The Dwarf

“It’s safe to say that everyone should see the Dirty Three.” – The Vine

The planets will once again align in 2012 as Dirty Three tour Australia and release their first new album since 2005’s Cinder.

Supported by The Kill Devil Hills