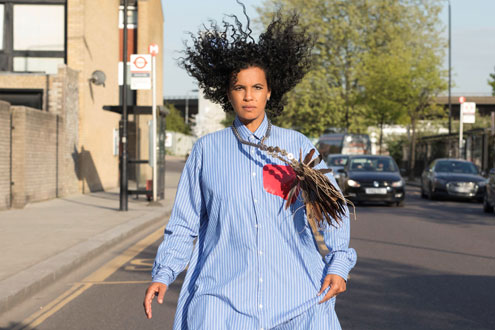 As her stunning new album ‘Broken Politics’ hits stores and online this week, legendary pop icon Neneh Cherry has unveiled her full Australian tour, hitting our shores this January including not-to-be-missed appearances at the Sydney Festival and Tasmania’s MONA / FOMA.

With a career spanning three decades and hits like ‘Buffalo Stance’ and ‘Manchild’, Cherry has always been an artist with something to say, stamping her mark on the world with feminist anthem ‘Woman’ and her commentary on world issues in her iconic hit ‘7 Seconds’ with African singer Youssou N’Dour.

Produced with British electronic legend Four Tet and showing yet another artistic transformation, Neneh Cherry holds a mirror up to the world on ‘Broken Politics’, showing the beauty and ugliness of modern society touching on issues like gun control, feminism and race.

“I’m very shy about taking on big themes with the airs that I’ve got a solution – who has the f*cking solutions?” I like writing from a personal perspective, and the time we live in is so much about finding your own voice. People have been left feeling misheard, misunderstood, and disillusioned. What the f*ck can I do? Maybe politics starts in your bedroom, or your house—a form of activism, and a responsibility. The album is about all of those things: feeling broken, disappointed, and sad, but having perseverance. It’s a fight against the extinction of free thought and spirit.”

And joining the appearances at both the Sydney and MONO / FOMA Festivals will be headline appearances in Melbourne & Adelaide plus a first ever appearance in Brisbane.

“Musical icon Neneh Cherry played an important role in British protest and pop in the 80s and 90s, moving from Sweden…to London when she was just 16 and becoming involved in the city’s punk and squatting scene. She’s not stopped protesting since” DAZED

On-sale 9.00am October 26th via sydneyfestival.org.au

Pre-sale from October 25th via thegov.oztix.com.au