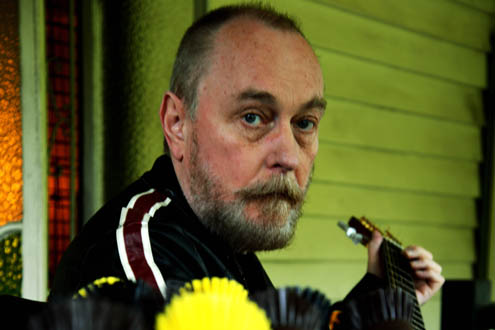 Having recently returned to Australia from touring Europe and the U.S with the Bad Seeds, the most legendary and influential Ed Kuepper is coming to a town near you for a night of special, Solo And By Request shows.

That’s right, armed with only his voice; a couple of acoustic guitars and a stomp box, Ed will play crowd favourites from his vast and influential back catalogue.

Songs from the Saints, Laughing Clowns, The Aints as well as any of the material from around two dozen or so solo albums are all fair game. Depending on his mood, requests to ‘’plays something new!’ may even be indulged with a song or two from Ed’s as yet unfinished new album, his first of all new material since Jean Lee And The Yellow Dog in 2007.

Not to be missed.