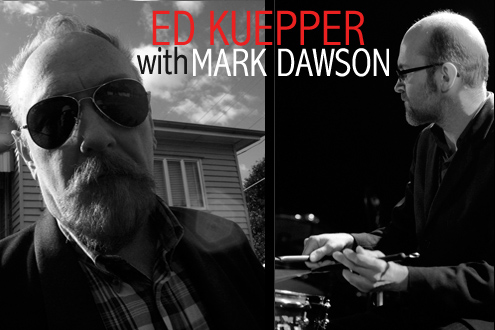 Those shows proved so popular , selling out all Spiegeltent performances in Melbourne, Brisbane and Darwin as well as further headline shows in Newcastle, Sydney and the Gold Coast, that Ed and Mark decided to continue with the reformation and expand on that original idea.

Loosely described as “ambient-rockabilly”, the new two-piece show sees Kuepper (acoustic guitar and vocals) and Mark Dawson (drums) presenting selections not only from those two albums but also from material from right across Ed’s lengthy career.

“Evocative would be the catchphrase of this collection of Ed’s music. This is music to drive long distances to, the thrumming rhythms like tyres on the open road, the lyrics the kind of things your mind might wander to when your surroundings become numbing; desperate tales of love and longing.” www.i94bar.com

Ed Kuepper and Mark Dawson will present this show over two sets with no support. Don’t miss this rare opportunity.