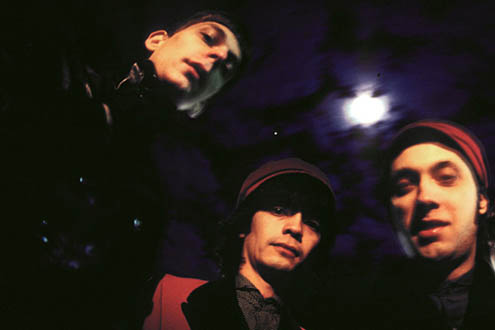 Thirty-One years after they last performed, San Francisco’s legendary Flamin’ Groovies will make again their presence known via Dig it Up! The Hoodoo Gurus Invitational appearing at shows in Brisbane, Sydney, Melbourne and Perth.

The 2013 Flamin’ Groovies will feature original and founding members Cyril Jordan (guitar) and George Alexander (bass) plus singer / guitarist Chris Wilson, the vocalist for the band’s second era of 1972 – 1982 (Roy Loney having been the frontman in the 1st incarnation of 1965 – 1971) and singer of such classics as Slow Death (considered by the Rolling Stones as an inclusion on their Some Girls album) Yes It’s True, and the all-time power-pop anthem from the album of the same name Shake Some Action.

Train spotters will remark that the Groovies toured Australia in 1986 but that tour was without either Chris Wilson or Roy Loney – the singers respectively, on all Flamin’ Groovies recordings between 1966 – 1981. Dig it Up! will be the first time the Wilson / Jordan / Alexander collective has played anywhere in the world since 1982. Dig it Up!

In addition to Dig it Up! Feel are now chuffed to announce the Flamin’ Groovies will also play headline shows in Sydney and Melbourne. Tickets for these limited capacity shows at Sydney’s iconic rock venue the Annandale Hotel and Melbourne suburban favourite the Caravan Music Club will go on-sale Friday 5th April.

But wait, there’s more…  Joining the Flamin’ Groovies in Sydney will be fellow Dig it Up! invitee Peter Case, a former member of both The Nerves (original owners of the Blondie hit Hanging On the Telephone) and power-pop giants The Plimsouls. Case will perform the hits of both those acts plus a selection from his Grammy award winning solo years. Another first for Dig it Up!

Melbourne’s own power-pop champions Even will join the bill at Oakleigh.

NB: The Flamin’ Groovies Adelaide show on April 26th has been cancelled. Refunds are available the point of purchase. Alternatively anyone that has purchased an Adelaide Dig It Up! ticket can use that ticket for entry to the Melbourne Dig It Up! Howzat for value!